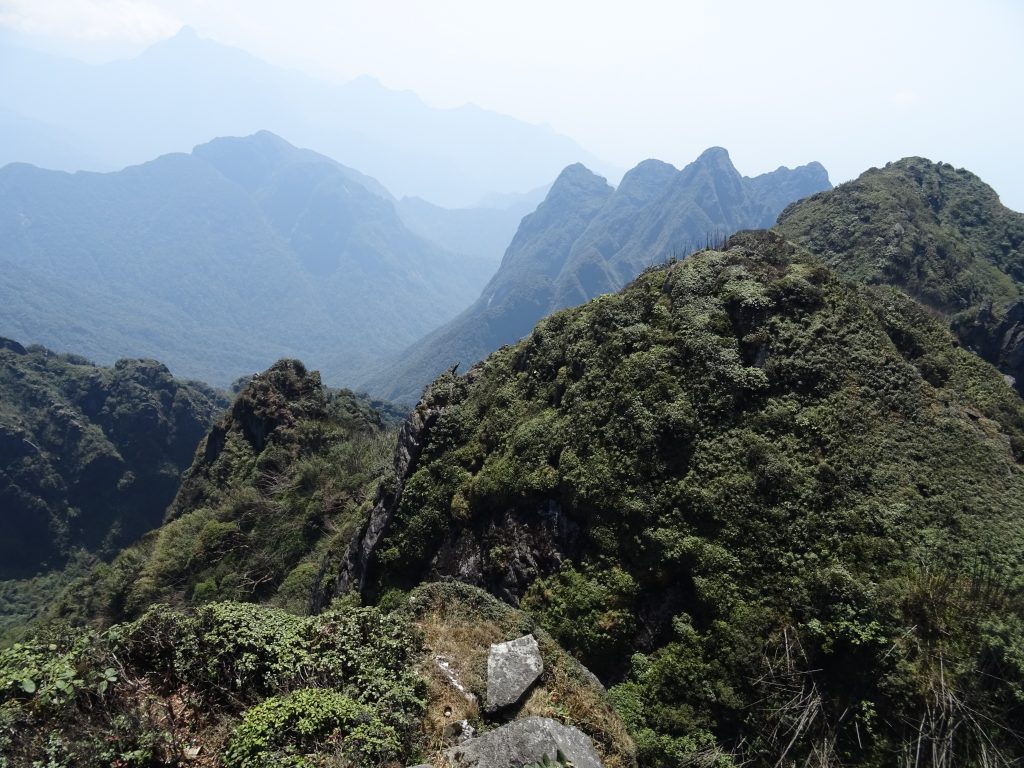 From Singapore, I flew to Ho Chi Minh city the capital of Vietnam and then caught a domestic flight to Hanoi in the north of Vietnam. I had pre-booked a bus from Hanoi to take me on the 5 hr 30 minute drive to Sapa at the foot of Fan Si Pan the highest mountain in Vietnam.

There was a massive storm for the two full days I had set aside for the climb but it cleared finally on the third. As with many of the countries I have visited the locals were very friendly and all smiled and said hello. The area is covered with vast forests with many rolling hills leading to steeper mountains that stretched for as far as you could see.

Unfortunately, this was spoiled upon reaching the summit area when I was met with what can only be described as a building site.

They evidently have been super focused on tourism in recent years and there were hundreds of people on the summit area. A cable car and funicular railway take people almost all the way to the to the summit, similar to the railway up Snowdon. I am sure it brings in a lot of money to the area but it is such a blight on the landscape. The actual highest point is now fenced off too with security guards standing nearby stopping anyone who goes near the fence. They have a “Tourist top” with decking and it is of course safer than having many people pushing on the actual rocky summit.

But my problem was that it’s not the real summit. I waited there patiently for well over an hour for an opportunity to leap over the barrier and get a picture on the actual out of bounds fenced off summit. My opportunity finally came when a group of tourists asked the guard to take a group photo of them. As soon as the guard took their camera and turned facing away from me I jumped over the fence and took a few very quick selfies while crouching down out of sight. Phew.. Success!