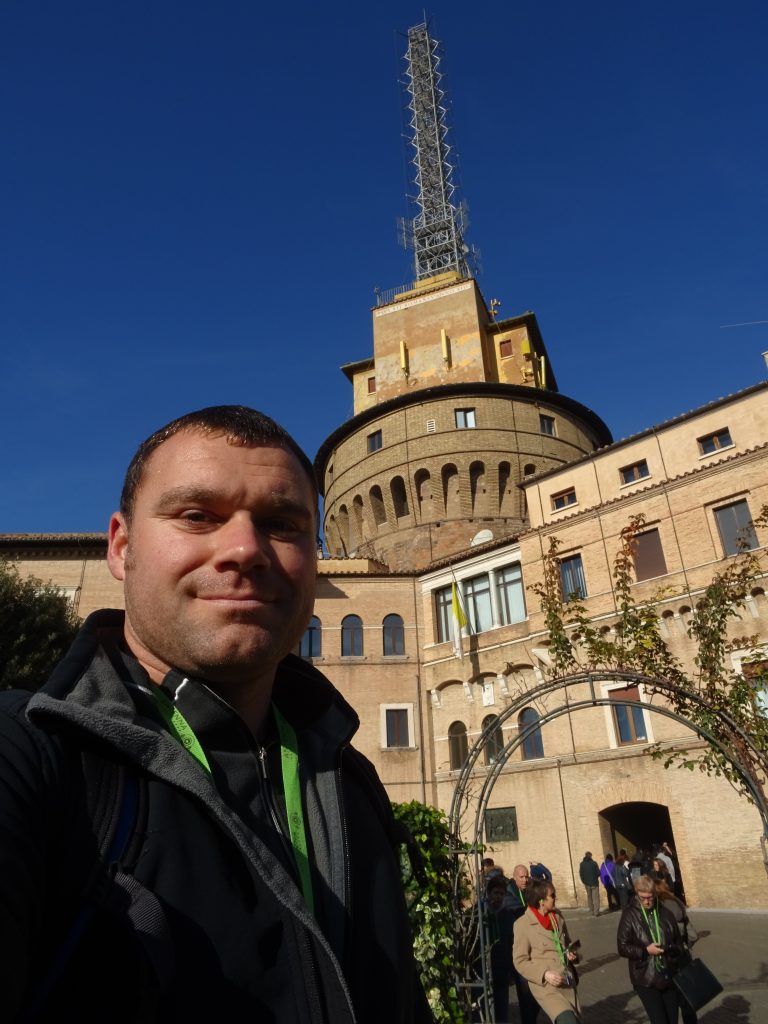 The Vatican lies entirely within Rome and is the world’s smallest sovereign state in terms of size and population, So getting to the 75m highest point should be simple, right? Not exactly!

The highest natural point lies in the Vatican gardens which are only accessible as part of a group tour. There is also a discrepancy regarding which is the actual higher point out of two areas within the gardens, So I really needed to go to both.

There are a lot of variables when on a guided tour that I had no control over and on several occasions nearly decided to quickly slip away from the group as we passed very close to the high points before continuing on. Thankfully the tour guide was thorough and the tour took in the Vatican radio station and other high point so I was able to take the photos accordingly.

I spent a few hours in the Vatican museum, where they have a great deal of Egyptian and Roman artefacts along with the stunning Sistine chapel, The ceiling of which Michelangelo painted.

The rest of the day was spent walking around Rome before heading to the airport.