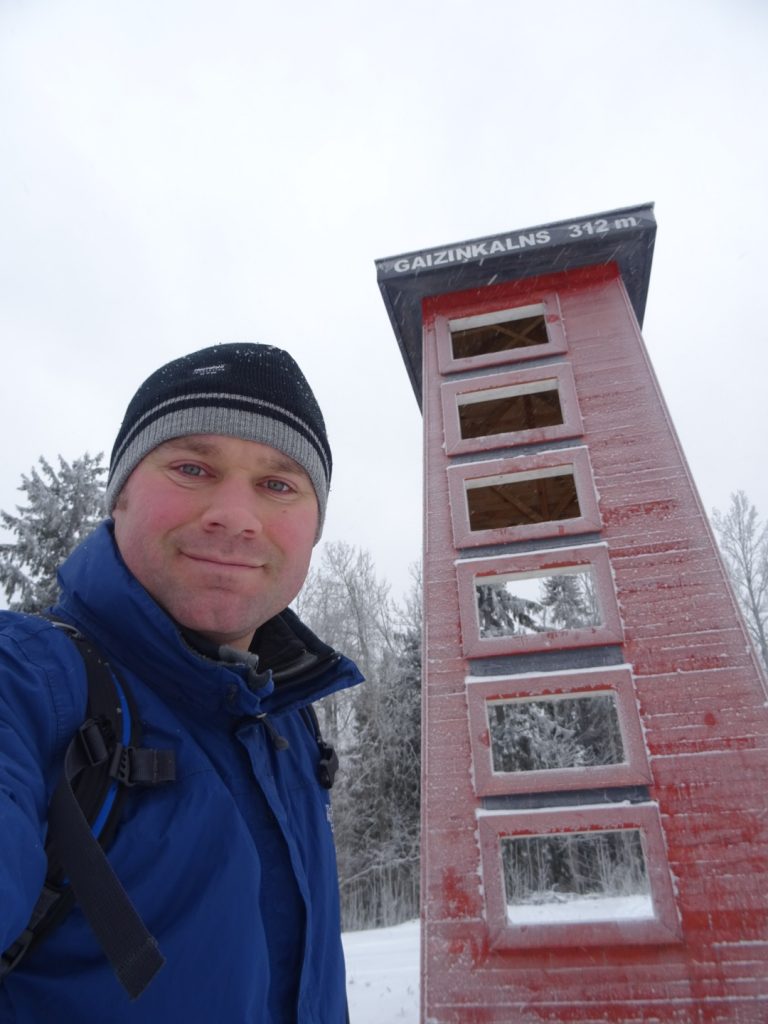 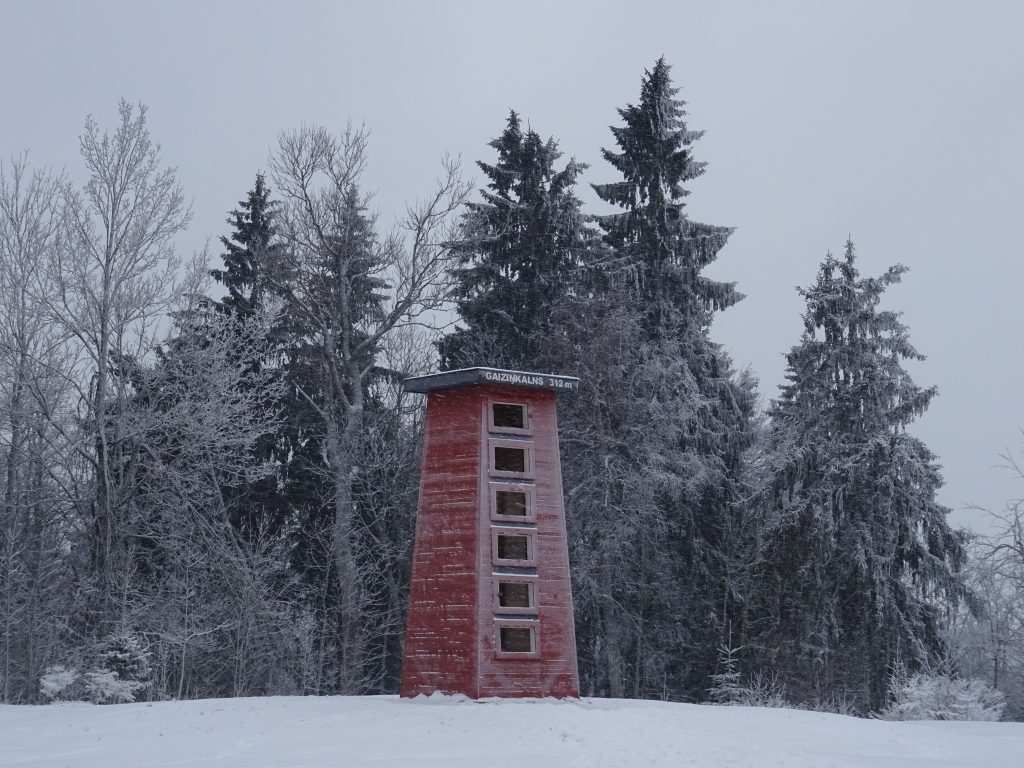 The weather forecast leading up to my trip said there would be a fair amount of snow around with a wind chill of -17c. So warm gear was a must. I flew from Liverpool to Riga arriving late and spending a pleasant evening in the airport which was warm and had free WiFi. I could see deep snow outside and knew that the 13km walk tomorrow and the same back the next day would be more of a plod.

I woke up around 06:00 as the airport was starting to fill up and caught a minibus to Riga bus station. I had already brought and reserved a bus to take me the 150km/93 miles to Berzaune where my walk to the highest point in Latvia would start.

It was freezing and I was dithering while waiting for the bus to arrive. The 2hr30m journey flew by due to intermittent sleep and I soon found myself in Berzaune a small hamlet in central Latvia covered in Snow. No one at all was around, it was 10:45 and very quiet.

I put my boots and several layers of clothing on, got out my phone to orientate myself and headed off plodding through the snow down what would be a main road. I stopped quite often to take photos as the new fresh snow was still glistening in the pine trees making the forests look stunning. After 1hr 30m turned off the main road and followed a would be dirt road for an hour towards the short trailhead where I had booked a hotel for that evening. One of only two hotels in the whole area as there is a small ski run on the hill.

The track was wide in parts as it weaved through the many little forests and there were tyre marks just visible below the fresh snow. My nose was running and I reached for the water I had brought from the airport.. It was carbonated! “Jesus” I said and shook my head. It tasted awful but I consumed as much as I could. An hour passed and by now I was close to the hotel.

I turned left passing the hotel and continued around the track where I found the sign for Gaizinkalns. The high point was a short 10 minute walk away and before long I could see the wooden summit tower which has replaced an older tower along with the summit stone that many have their photos taken with.

It had started snowing, So I quickly took photos at both points and a video, I also tried out my new selfie stick which worked well. It was a simple 20 min walk back to the hotel where I would spend that evening. The hotel itself was very old with a maze of pipes running everywhere and was greatly in need of renovation. But there was a bed and WiFi so I could just chillax.

My head started pounding due to a combination of the -17c wind chill outside and dehydration that had set in from me opting not to have any more carbonated water. I emptied the bottle and refilled it under the tap. The water had a brown colour to it so I ran the tap for a while and refilled the bottle. No difference, It still tasted like rusty pipes and I’m sure that’s exactly what it was. That being said it was still more palatable than the carbonated water. The heat from the many miles of pipes in my room exacerbated my headache and I felt lousy. I managed to get some sleep but woke at 04:00 feeling even worse and knowing I needed to set off for the 3hr walk back to Berzaune at 06:30. I drank a lot of the discoloured water and felt slightly better for it when my alarm woke me up at 06:00.

After I had spent a good 10 minutes figuring out how to get out of the building due to it being pitch black and entering many large cupboards and trying to open locked doors I finally found my way out and was on my way back to the bus stop. It had been snowing all through the night and a good 30cm/1ft had fallen. It was dark but as everything was covered in snow it reflected enough so you could just about see without having to use my head torch. It was silent and cold, I had been walking for about 45 minutes when I saw lights through the forest ahead. I stepped aside and a minibus out of nowhere slowly rolled past me. That’s a bit weird I thought. About five minutes later I saw lights from behind, it was the minibus again and this time it pulled alongside me and the driver said something in Latvian. I said “Berzaune?” He waved his hand as to say go around and jump in, which I did!

To my surprise, it was a school minibus. In the middle of nowhere in a dark forest covered of snow he was picking school children up and they were standing, waiting in the dark at the side of the “road” utterly bizarre lol We carried on and ahead you could see some with their parents holding torches. So different from our school commute but fascinating.

We were back on the main road and heading towards Berzaune shortly after and I jumped out and thanked the driver, It had saved me 2hrs of walking but I now had 2hrs of waiting in a bus stop with not much shelter. It snowed on and off and I was more than pleased when the bus turned up and I had just about warmed up when I got back to Riga where I enjoyed a nice big mac meal as a reward.