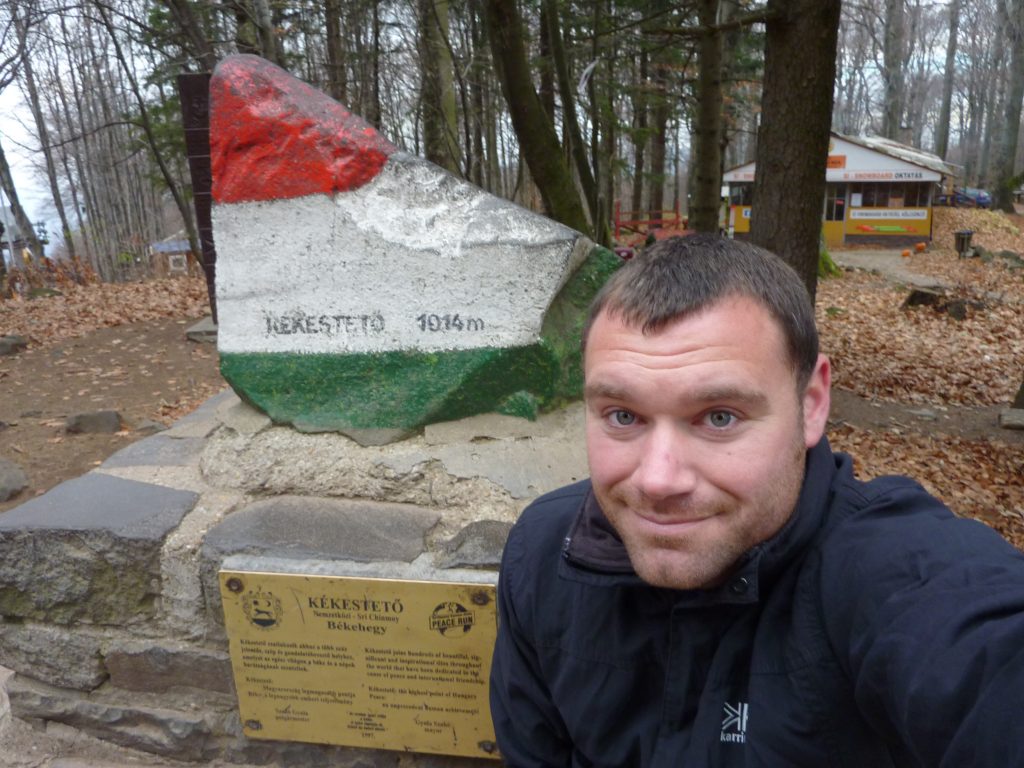 My trip to the highest point in Hungary strangely came about due to a desire to visit Tel Aviv in Israel. I had found flights that I was able to significantly reduce “Using several tricks” the price of from my local airport Birmingham to Budapest then to Tel Aviv returning the same way.

On my return leg, I decided to spend the full day in Budapest with the aim of catching a bus I had previously researched knowing I would have just about enough time to get to Kekesteto (Kekes, 1014m) and back to Budapest the same day. The downside being I wouldn’t have long to get to the summit and back onto the bus, The journey was to take around 2 hours each way. It was comfortable and I slept for the majority of the journey having spent a lot of time walking around Tel Aviv over the previous few days.

The bus wound up forested roads and finally came to a stop. I knew I needed to catch the same bus back to Budapest and it was due to leave again in ~40 minutes so I quickly jumped off and headed up a gradual flight of stone steps nearby which according to my phone’s maps would take me to the colourful summit stone and the large tower on the summit area. After a short walk uphill I reached a memorial area for motorcyclists covered with many pictures and flowers.

Looking a few hundred meters ahead I could see the summit stone. I headed straight towards it as I noticed several other people from the bus were on the way up and as time was tight I wanted to ensure I got my photos and videos without waiting for others. There wasn’t much of a view due to the forested area but there was a small restaurant and several trails.

For a relatively “Low” high point, the Hungarians have, by simply painting a large stone on the summit with their national colours made Kekes really stand out and memorable.