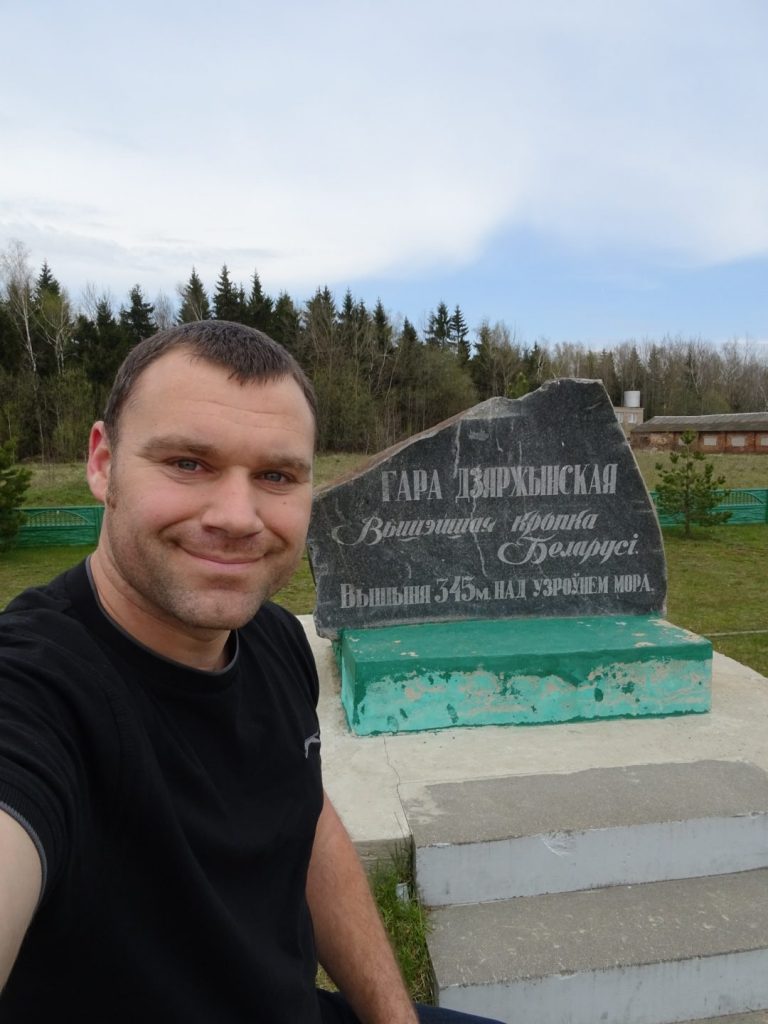 Earlier this year (2017) Belarus finally removed the need for a visa if visiting for less than 5 days and flying in and out of Minsk international airport. This was great news and I quickly started looking into the logistics to get to the countries high point. Flights direct to Minsk are always quite expensive so I needed to find a cheap way of getting there. The flights I booked were to Minsk via Vilnius in Lithuania which reduced the price by a considerable amount.

My plan was to simply use the Uber taxi service all the way to the highest point as it was only 25 miles from Minsk city centre. Due to the previous visa requirements, I had assumed incorrectly that Belarus would be similar to other poorer ex-Soviet nations I had been too but in fact it’s a lovely country with very modern western shops and malls.

I used my phones Uber app and within 5 minutes a car turned up and I was being whisked away out of Minsk towards the high point. The driver spoke no English and I could tell he didn’t know why I wanted to head out into the random countryside.

When we got close to “Hara” I pointed and gesticulated high and after reading the road sign he smiled. Just before the high point, I signalled that I would get out as it was a steep grassy bank up towards the stone that marked the summit but he waved his hand, revved his engine and we tanked up the slope almost right to the top.

He got out and we both started taking photos, I don’t think he been to the highest point in Belarus before either. It’s not often that I have the chance of having someone with me on the summit or to take photos from a distance so I welcomed the opportunity.

We were soon heading back to Minsk after another successful country high point.