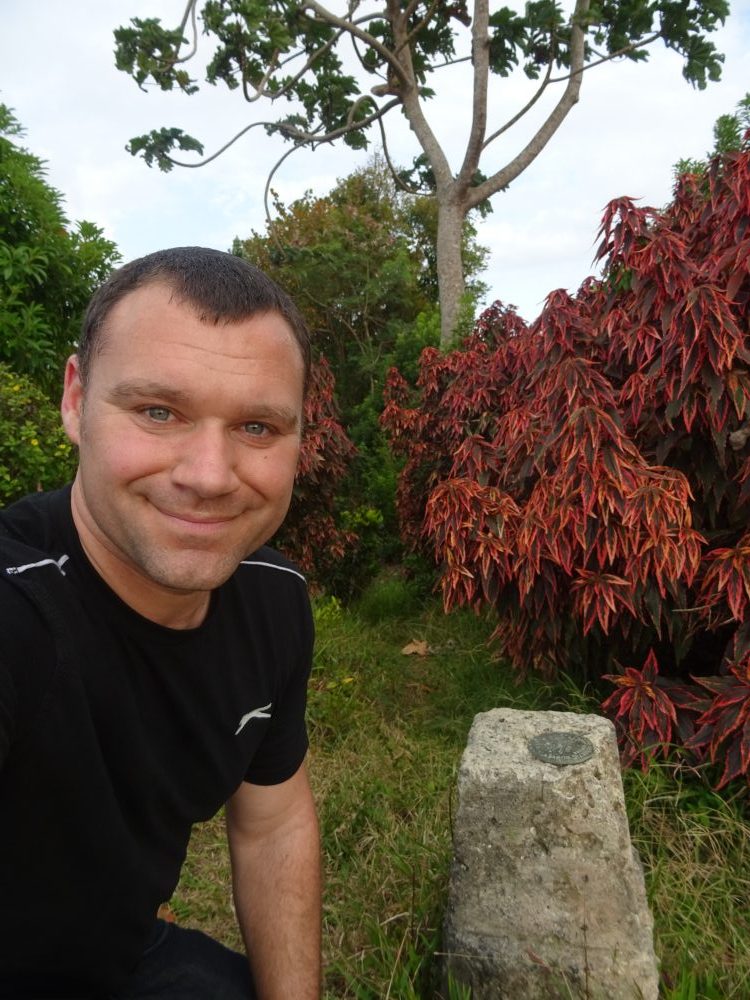 I was a little apprehensive when heading back to the Caribbean after the way my previous country high points trip had unravelled a few months earlier. That time while in Aruba and Curacao I had 5 cancelled flights in 5 days with InselAir the only airline who flew to my next destination of Sint Maarten at the time. With the flight from there too now missed by the delay, I had little option but to abandon my trip, losing a great deal of money in the process. I know delays and cancelled flights are quite common in the Caribbean but this time I knew I wouldn’t have to just rely on one sole airline if any problems arose. So I booked the same as I always have done giving enough time for any of the usual unforeseen events.

I flew directly from Manchester to Barbados with Tui at a discounted rate. The 9 hour flight went by in no time and I arrived in Barbados on time at 14:30. But the queue for passport control was taking ages and I heard heavy rain hitting the roof. I knew from my research that it was possible to get close to the highest point by road leaving just a short walk so I pencilled it in as an option for today or on my last day before heading back to Manchester. As I had landed on time I knew doing it today would be the best option just in case of any delays on the last day but this delay and poor weather was playing against me along with the fact that sunset at this time of the year here is just after 18:00.

After what seemed like an eternity spent weaving back and forth in queues I finally made it passed passport control and out of the airport where I headed straight to the ATM get some US dollars as they are happy to accept this in most of the Caribbean countries so it would save me having to use several currencies. The machine said please enter the amount in dollars but it didn’t specify if it was going to dispense US dollars or Barbadian dollars? I looked at the conversion I had wrote in my notes, typed an amount and ended up with Barbadian dollars. I straight away knew that I didn’t have enough for the Taxi but having already paid online for the apartment that evening I didn’t really want to withdraw any more Barbadian dollars. I would now need to haggle to get my ride to the high point.

There is a fixed taxi price chart outside departures which is also available on to view online showing prices to all parts of the island from the airport. The high point is in the north of the island but still centrally located well inland. My aim was to negotiate with one of the many taxi touts who always approach me while I’m waiting outside airports. I’ve found that with a bit of haggling you can potentially save some money but of course, I would certainly not recommend or promote this as a sensible option every time. But it would be the best option for me, especially with my self-imposed budget. I have had quite mixed fortunes using this option over the past few years in retrospect.. See my Qatar Trip report!

After wandering around for a while a driver approached me, We went back and forth with the price a few times while walking towards his vehicle before coming to an agreement and we were off. I knew it shouldn’t take more than an hour or so to reach the small town of Hillaby from where the high point gets its name. We made good progress, Having been to the Caribbean quite a few times I knew it was coming to the end of the tourist season so it would be nowhere near as busy as it would have even a few weeks earlier. That does though bring its own issues of less favourable weather. It started raining and went very overcast for a while and I was expecting to get soaked but that weather system had passed by the time we were getting close to the high point.

The towns we passed were now becoming less frequent instead being replaced by lush green forests and expansive views. En route the driver pointed out a house where a medal winning Olympian lives just before we turned right to head up the final track leading close to the highest point in Barbados. Upon reaching the end of the track I got out of the car and started taking a few pics and a video of the very short summit walk. They all count and after the last trip, it was nice to get the first of the four I had planned ticked off. Especially knowing that the subsequent ones were certainly going to be a lot more of a physical challenge.

The driver accompanied me on the brief walk to stand on his countries highest point. We spent a few minutes admiring the lush scenery and started making a summit video. After a few seconds, I heard a tapping noise getting louder and louder behind me. I looked around to see the driver was bashing a piece of the summit survey stone that had broke away and offered a few of the small fragments as a memento. I accepted his offering while he tried to reassemble the underside of the summit stone. I certainly didn’t need a memento to remember that particular high point. (The video footage of my reaction is quite funny, although I thought it’s probably not a good idea to be used in my video)

With all the photos and now videos taken, we were soon on our way heading back downhill towards Bridgetown. We continued on towards my apartment which was within walking distance of the airport as I had a flight to Saint Vincent at 13:20 the following day. The Shonlan Apartments were quite dated but had a friendly welcoming host and was a perfectly adequate place to relax for the evening before the real adventure would start. After getting a few refreshments and having a good sleep I woke up ready and excited for my 60th country high point, La Soufriere in Saint Vincent and the Grenadines.